The POPCORN effect is caused due to the rapid heating of the moisture absorbed within the plastic encapsulation or Organic substrate. Surface Mount Packages are known to absorb moisture when exposed to humid ambient conditions during storage in tape and reel in the factory or during the service period.

Typical solder reflow operations when surface mount devices are mounted onto a PCB, the entire PCB and device population are exposed to a rapid change in ambient temperature (210°C to 250°C). Any absorbed moisture is quickly turned into superheated steam.

This sudden change in vapour pressure can cause the package to swell. If the pressure exerted exceeds the flexural strength of the plastic mould compound, then it is possible to crack the package. Even if the package does not crack, interfacial delamination can Occur.

The best-known failure mode of MSDs is the dramatic cracking of the package, sometimes accompanied by an audible “pop” during reflow, which explains the commonly-used designation  “pop corn”. Despite the common knowledge of this situation, it is very difficult to actually see and recognize this defect since.

Why Popcorn effect is critical in PCB Assembly Process

The cracks and the characteristic bubble in the plastic are quite small, difficult to see without proper lighting and magnification and they are located underneath the package which is obviously not accessible for inspection after reflow.

These defects often go undetected during normal assembly and test process, and will result in early life failure of the  finished electronic products. The only effective method to detect such internal defects during assembly is to use a tool called scanning acoustic microscope. This is what the IC suppliers use to qualify each new component they offer.

How to avoid Popcorn Effect thermal damage or in SMT process

Types of Solder Flux | How to Use Flux in Soldering 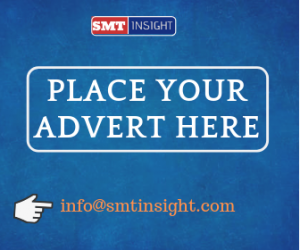